A strategic acquisition Hybrid debt - a complex instrument? Pre-hedging for a guaranteed rate Many twists and turns Looking to the future together

Electricity transmission system operator Elia is one of few organisations in Belgium to opt for this type of financial operation this year. Its CFO, Catherine Vandenborre, tells us why it made this choice.

"We opted for hybrid debt to maintain good solvency, so it was important to enlist strong support." Catherine Vandenborre, CFO Elia Group

In March this year, Elia decided to acquire an additional 20% of 50Hertz, a German network operator. The stake had hitherto been held by Australian infrastructure fund IFM, and the acquisition would allow Elia to take a controlling stake in the German firm, becoming one of the foremost players in Europe's energy transition. The transaction would cost the company EUR 976.5 million and to finance it, Elia opted for a EUR 1 billion bridging loan that would then be refinanced by a mixture of hybrid debt instruments (EUR 700 million) and unsubordinated bonds (EUR 300 million).

Elia turned to BNP Paribas Fortis to undertake their project. "We have had a relationship with Elia for many years, so we completely understand the company and its activities," say relationship manager Raf Ceulemans and his manager Geert Schepens. "In the first instance, our task was to give our client a quick response allowing it to confirm its decision to go ahead with the acquisition. Following this, our role was to provide it with the best possible support to structure its financing, and in the sale of bonds to European institutional investors." Mission accomplished, as Elia Group CFO Catherine Vandenborre explains.

Elia wanted to take advantage of a context of low rates, and commit to long-term maturity dates (10-12 years) on a liquid market. Thus from the outset, it made the choice to refinance the bridging loan by issuing bonds – products that the company is fully conversant with. However, Elia decided to opt for hybrid debt instruments for reasons linked to solvency, a solution that was much less familiar to the company. This was the first time it had issued hybrid debt, a relatively complex instrument in three respects – in terms of finance, accounting and the law. "Aside from our responsiveness and our decision to finance only the bridging loan, what made the difference was that we guided the company through every stage of the transaction, including therefore the management of the hybrid debt," explains Katherine Dior, BNP Paribas Fortis Head of Corporate Debt Platform Benelux. "Offering such a diversity of expertise within one single team provides real added value and reassurance to our clients, who are often under stress during a new acquisition."

Is hybrid debt destined to become more widespread in Belgium and Europe?

Though far from the levels reached between 2013 and 2015, the European market for hybrid products has grown considerably overall during the last three years. There are a small number of Belgian issuers today: Elia, Solvay and UCB have already taken this route. While more expensive than a conventional bond, a hybrid instrument does not have the dilutive effect of equity and enables the company to strengthen its financial structure and so protect its credit rating, despite higher levels of debt. Consequently, it is of greater interest to rated companies. Activity on the acquisitions market and thus the potential recourse to financing via increased debt is also a factor driving hybrid debt instruments.

Pre-hedging for a guaranteed rate

From the outset, BNP Paribas Fortis offered Elia the option of "pre-hedging". This hedging fixes the issue rate at a particular level, a guarantee that is not insignificant during periods of rate fluctuations. In addition, pre-hedging allows the company to properly budget for future interest cash flows.

"As well as being the co-leader in bond issuance, BNP Paribas Fortis also offered us a hedging solution that suited our needs."

Filip Moens, from the BNP Paribas Fortis dealing room, adds: "It's always a gamble on the future, but caution is required when such sums of money are at stake. The key is to present the advantages and disadvantages of pre-hedging entirely transparently, so that the company can decide in full possession of the facts."

Initially, Elia did not see how this type of hedging could be useful: neither the level of inflation nor decisions made by the European Central Bank gave cause to foresee rate rises. Later, however, the markets became more volatile and the company preferred to fix the terms of its loan. Furthermore, a number of hitches delayed the date of the issue. Catherine Vandenborre: "BNP Paribas Fortis was the only bank to offer us a hedging instrument with a flexible settlement date. This was a significant bonus, given the uncertainty hanging over the issue date."

Many twists and turns

The electricity transmission system operator intended to launch the issue between the end of May and the start of June. However, at that time the market was blown off course, essentially as a result of the situation in Italy. Three days before the issue, IFM also indicated its desire to sell the remainder of its stake in 50Hertz, which it offered Elia the option to acquire (Elia had the right of pre-emption).

Elia was confronted with many questions: Could this new development have implications for its balance sheet and therefore its credit rating, and would it jeopardise the refinancing of the first tranche of debt, as well as the intentions of its investors? Would they still be willing to purchase the bonds issued by Elia, and at what price?

"BNP Paribas Fortis helped us throughout the transaction, from the issue structuring and the proposal of an additional solution, to our communication with investors."

After consultation with its banking partners and drawing on BNP Paribas Fortis’ experience, Elia decided to delay the issue to allow time for some respite to return to the money markets, and for a clear response to be given to investors. The pressure was rising: the issuer only had a period of around 40 days to exercise its right of pre-emption! A creative solution would be required: On the same day and at the same price, Elia would both acquire its stake and resell it to the German state-owned bank KfW. This operation would promote Belgian-German network infrastructure cooperation without adding to Elia's debt, thereby also avoiding any impact on its credit rating. Especially since from a strategic point of view, the company already had a large controlling stake in 50Hertz.

BNP Paribas Fortis was then able to update the prospectus and reassure investors. The bonds were issued at the end of August and were highly successful. "The market was very receptive to the issue, which was oversubscribed by three times. We ran roadshows in no fewer than six European countries and met over 70 investors," recounts Catherine Vandenborre.

"Difficulties add to our experience. I had the strong impression that we were all travelling in the same direction, and I hope Elia felt that we worked together as true partners," adds Katherine Dior. Raf Ceulemans concludes: "Our relationship of trust was already solid, but I think it finds itself even stronger today as a result."

Looking to the future together 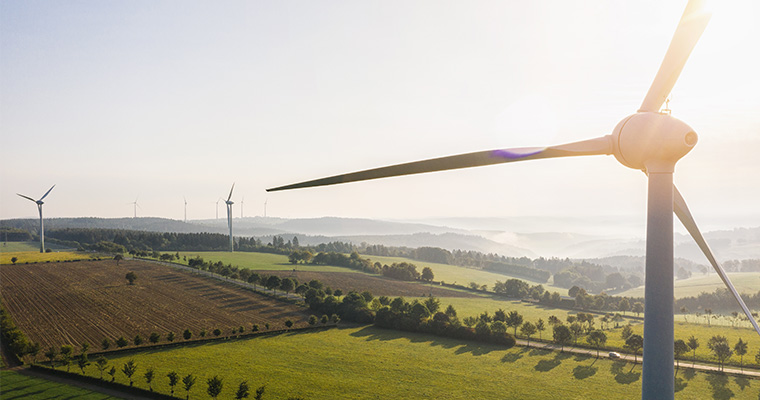 There are major challenges for Elia: it must integrate more and more renewable energy into the electricity network, which means investing to connect new production centres with consumption centres. Catherine Vandenborre: "We expect a bank to anticipate our needs, to support us during strategically important periods, but also to urge us forward all the way along our business journey."

Do you also harbour plans to expand your business?

Do not hesitate to discuss them with your relationship manager or contact us using this form.

Other testimonials to inspire you (FR)