In 2015, Germany and Austria jointly made up 85% of the Schuldschein market. But interest is growing in other European countries, including Belgium. 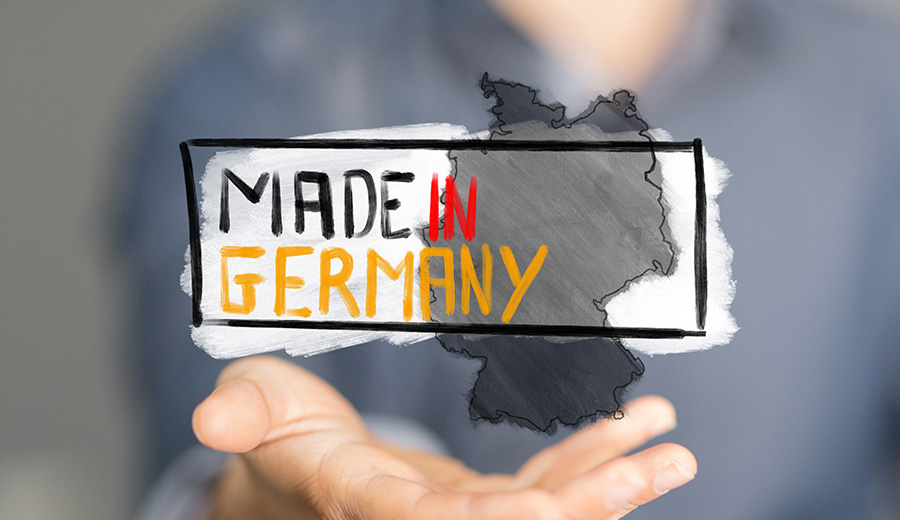 Schuldschein: the word sounds unmistakably German. Indeed, our eastern neighbours have had the product for decades, and there were even predecessors that proved their worth a few centuries ago. Earlier issuers were mainly the government, at all levels. The federal states (Bundesländer) and the municipalities used this instrument to finance investments, while credit institutions also used Schuldscheine in a number of ways, including in refinancing programmes.

An increasing number of companies have recently been using Schuldscheine to raise money. These have typically been German mid-cap companies that are not listed on the stock exchange. Over the last few years, larger, listed companies have also started to enter the Schuldschein market.

What exactly is a Schuldschein? A Schuldschein is a credit facility agreement, concluded directly between a debt issuer and an investor, which a bank uses to structure the transaction. The issuer issues negotiable securities that represent the claim for repayment, in exchange for an investor lending a monetary amount on a medium or long-term basis.

What are the main differences between Schuldscheine and other forms of market financing?

Until a few years ago, Schuldscheine did not exist outside German-speaking countries. German and Austrian companies still dominate the market today. In 2014, 69% of the volume was made up by German companies. In 2015, that figure increased to 75%. German companies issued EUR 8.3 billion of Schuldscheine in 2014, and EUR 15.2 billion in 2015. Raoul Heßling, the Schuldschein expert at BNP Paribas points out that last year's picture is somewhat inflated by a number of very large transactions:

"2015 was an exceptional year with three very large German Schuldschein transactions. These jointly represent more than one-fifth of the total issued volume. But it is entirely possible that the share of other European countries will increase more than that of Germany in the years to come. The system is already well-established in France, for instance: that country represented 8% and 7% of the market in 2014 and 2015 respectively. Over the same period, the Netherlands increased from 1% to 2%, while Belgium increased from 0% to 1%. The general trend is clear: internationalisation. Schuldschein remains a typically European story. I can see it developing into the European equivalent of private placement in the United States."

Schuldschein is gaining in popularity as an alternative type of investment. Why so?

With issues of EUR 20.2 billion, 2015 was a record year for corporate Schuldscheine – an increase of 67% compared to 2014. And 2016 could be even better. Where does this success originate from?

Over the last few years, the market for 'Schuldscheindarlehen' (Schuldschein loans) to private companies has grown substantially. That growth was particularly turbulent in the wake of the financial crisis, with a few notable peaks. 2008 was such a peak year, with almost double the volume of 2007. The record of 2008 fell last year, with a volume of EUR 20.2 billion. And 2016 has also been quick out of the starting blocks. Raoul Heßling, Schuldschein expert at BNP Paribas:

"We are expecting a volume of more than EUR 5 billion in the first quarter, with a good mix of large and small companies, both in Germany and abroad. If the trend continues, 2016 will surpass 2015."

The main reason for those record years is the volatility of the bond market. At that level, 2008 was a difficult year, with much economic nervousness and the bankruptcy of Lehman Brothers. Raoul Heßling:

"The Schuldschein market is very stable and is well-shielded from that sort of volatility. The system is normally used by mid-cap companies that are not listed on the stock exchange. Due to the difficult circumstances in 2008, during which the bond market practically stalled for a period, some companies noted that Schuldscheine could be a good alternative. I am referring to names such as BMW, Daimler, Siemens and Deutsche Telekom. As a result, the volume soared to around EUR 19 billion in 2008."

The worst loss was suffered in 2009. The bond market picked up again and Schuldscheine returned to their normal volume and users. From 2010 to 2014, the volume fluctuated around the normal EUR 10 billion and users were mainly mid-cap companies. And then came the peak of 2015. Raoul Heßling:

"With more than EUR 20 billion, that was a new record year. I see various reasons for this. Firstly, the Schuldschein has become better known as a financing tool, among both issuers and investors. Secondly, there was more merger and acquisition activity over the past year. Quite a number of companies have discovered that Schuldscheine are an efficient way to raise money. Thirdly, the bond market returned to being volatile in the second half of the year and listed companies gravitated towards the Schuldschein market again. ZF Friedrichshafen, a global player in the automobile sector, entered into a record deal of EUR 2.2 billion, for instance, while Daimler and Mann+Hummer each entered into transactions of EUR 1.1 billion."

Meanwhile, 2016 looks to be on course to match or surpass 2015. Is this becoming the new norm for Schuldscheine? Raoul Heßling remains cautious: "I am in no position to make forecasts."

Discretion is a major advantage of the Schuldschein. The product is moreover quick, flexible and involves relatively little documentation.

Discretion is what German companies have valued about Schuldschein for centuries. Mid-cap or family companies do not always want big media headlines regarding their financial transactions. A Schuldschein is a credit facility agreement that is concluded directly between a borrower and an investor. If a company wishes to capitalise on advertising, it can. However, by means of a simple request, the deal can also be handled very discreetly.

Schuldschein maturities have been increasing over the last few years. In 2012, maturities of less than three years accounted for 17% of the market, and maturities of more than seven years for 19%. In 2015, those figures were 8% and 34% respectively. The current average is 6.6 years.

Role of the bank

The bank is often designated by the issuer to organise the loan payments. The bank plays the role of 'arranger' in that case, explains Raoul Heßling, Schuldschein expert at BNP Paribas:

"The bank advises the customer on the structure of the Schuldschein, maturities, types of interest and the content of the documentation. We also prepare a profile of the issuer and a presentation for potential investors in conjunction with the company. We obviously also use our network to approach those investors."

Optimise your working capital with factoring

How can you keep your working capital healthy while incorporating the requisite financial flexibility? Factoring helps you to finance your cash requirements in a proper, timely and suitable way.

Securing liquidity is the key to financing your working capital requirements and keeping your business running smoothly at all times. That's exactly what factoring offers.It is a structural solution for optimising working capital. In the video below (in Dutch) in less than half an hour you will gain a clear picture of what factoring has to offer.

If you prefer to watch the video in French, click here.

In exchange for transferring your invoices to an external factoring company, you can count on fast, flexible financing, monitor the collection of your invoices, and protect yourself against potential bankruptcy among your customers. Each factoring solution is tailored to fit the needs of your business. This includes companies operating at international level. In Belgium, one in six companies currently outsource their invoices to an external factoring company. The same trend is evident in other European countries.

Do you have any questions, or would you like to discuss how factoring can help you? Contact your relationship manager or send us your details via the contact form and we will get in touch with you.
Article

Odoo: supporting the growth of a company that’s breaking the mould

Very few Belgian companies can point to the kind of sparkling growth achieved by Odoo, a world leader in business management software for small and medium-sized firms. Underlines Odoo CEO Fabien Pinckaers: “We need a bank with real backbone. We count on BNP Paribas Fortis to support our development.” Watch the video interview. 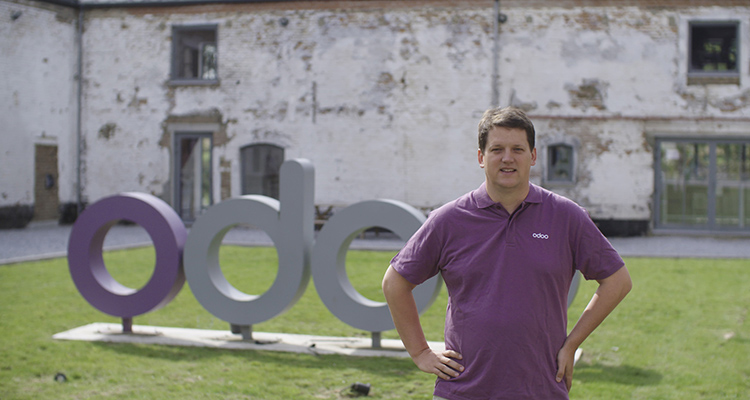 In the space of barely fifteen years, Odoo has carved out a prime position in its sector. Basing its products and services on open source development, this young company, headquartered in the Walloon Brabant municipality of Ramillies, today does business on several continents and employs over 1,000 people worldwide. Odoo doesn’t do things the same way as other firms – and that includes its approach to banking.

BNP Paribas Fortis recently came up with solutions to two essential requirements for Odoo’s growth: carrying out a restructuring of its shareholder base; and making sizeable real estate investments in local farms in Brabant – one of the hallmark features of the company, which focuses a considerable part of its business there – plus also a major extension project at Louvain-la-Neuve.

"Odoo is a disruptive company that tends to shake up the norms on all fronts. This prompts us to think about our business as bankers,” says Jean-François Pierreux, Odoo’s Relationship Manager at BNP Paribas Fortis. He points out: "The company has a positive attitude. It keeps moving forward, it sees the big picture, and it hires people. It’s also pursuing its impressive growth in spite of the health crisis. So it’s our job as bankers to find innovative solutions to the firm’s financial needs and provide them with real added value.”

Schuldschein is gaining in popularity as an alternative type of investment. Why so? Schuldschein benefits: simple, flexible and also discreet on request Optimise your working capital with factoring Odoo: supporting the growth of a company that’s breaking the mould